It’s not every day you’re celebrated at a live football game by a professional team and thousands of cheering fans. Well, for the CLCH children's community nursing team in North West London it is!

At half-time, the nursing team were eagerly escorted down to the pitch by QPR, then personally thanked for their brilliant work. Cheered on by thousands of fans from both football clubs, the nursing team were honoured for supporting vulnerable children in the local community, especially throughout the pandemic.

"We felt very proud to represent the community children's nursing team and received a wonderful reception from the supporters, staff and football players at QPR."

"It was a very surreal moment doing a lap of honour around the pitch with crowds of football fans clapping and standing in honour of you."

"This will be a memory we will never forget!" said Patricia Moorhead (Community Play Specialist).

The children’s community nursing team work closely with various groups in the community to help children and families access a range of support available in their local area.

Through amazing partnerships with the QPR FC community engagement team and other groups, the nursing team continue to make a huge difference in the community.

“This has helped not only to engage our patients and families better at often a very difficult time, but this has also opened so much to them so that when they are no longer receiving care from us due to the end of treatment, they have those links already established to move forward and continue getting support from their own communities.” - Patricia Moorhead (Community Play Specialist).

You can watch a reel of the team’s visit to QPR via YouTube below: 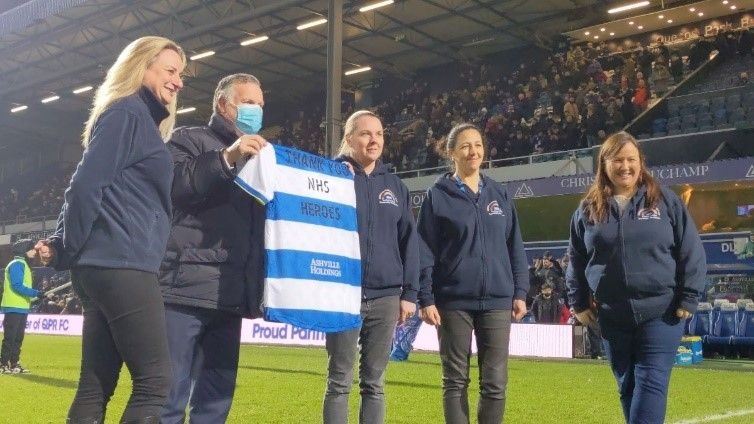