This February, we are proud to honour LGBT+ History Month, a month-long annual celebration and remembrance of lesbian, gay, bisexual and transgender history. It looks back at the history of gay rights and celebrates how far we have come in the fight for equality.

Over this month we will look at the lives of people who made an impact in the fields of arts, culture and science, as well as being prominent figures in the LGBT+ community.

Doris Brabham Hatt was a modernist artist and activist. She was born in 1890 into an affluent Bath family. After being drawn to art as a teenager, she studied at the Bath School of Art, Goldsmith’s College and the Royal College of Art. She spent time in Vienna where she studied woodcutting and Paris where she met modernists such as Legér.

Her paintings were first exhibited at the Grosvenor Gallery in London in 1918. Over five decades her work featured in 40 exhibitions. Hatt developed a painting style that was meticulous in its planning and execution. In her own words this disciplined process meant 'order' had 'been brought out of chaos - that life after all is not so difficult as it seems. This will give you a sense of power and well-being as you study the picture.'

As well as being a modernist painter, Hatt was a socialist and feminist activist. Her interest in politics started during the War after seeing levels of poverty in London she had not seen where she grew up, and seeing the impact of the war. She was involved in the New Woman and Women’s Suffrages movements and joined the Communism Party in response to the rise of Fascism in the 1930s.

Hatt stood as Communist Party candidate for Clevedon Urban District Council in 1946 and 1947. At the time, there were no women council members. In both instances, she was unsuccessful.

Hatt designed her Art Deco Bauhaus-style house ‘Littlemead’ in Clevedon. She lived there with her partner Margery Mack Smith, a weaver and school teacher. Littlemead became a meeting place for like-minded people to talk about art and politics as well as a place where Hatt hosted free art classes and gave lectures.

To the ‘society’ of the polite town of Clevedon, she was seen as scandalous. Not just living there with her partner, but because she could be found attempting to sell the Daily Worker Newspapers to local people. She managed to change the political makeup of the small town in the longer term, becoming a living example of equality, showing others how to start embracing civil rights and social change through her art and activism.

In her 60s she had her first solo exhibition and was recognised as a British artist, including a retrospective exhibition at the Royal Watercolour Academy.

After Doris died on 27th August 1969, a relative burned her correspondence and personal records in an attempt to conceal her life as a feminist and a lesbian. Fortunately Margery was able to move two crates of sketchbooks, portfolios, working drawings, and what letters and writings she could to her new home in Watchet but a significant amount was lost.

Doris Hatt's legacy is one of a Somerset pioneer of British modernism, a feminist and a socialist who has all the apparent elements to make her very popular today.

At CLCH, we want everyone to feel safe, part of our community and proud to be who they are – no matter whether they are staff, patients or public. However, recent Stonewall research has demonstrated that the specific needs of gay people are too often overlooked in the provision of healthcare and that lesbian, gay, bisexual and transgender patients and employees continue to face discrimination, sometimes inadvertent, across the NHS. We want to help change that by role modelling inclusive, welcoming behaviour.

In addition, recognition and celebration of LGBT+ History Month lines up with our Equality Strategy. It is particularly covered by an objective in the Workforce Equality Campaign, which states that the Trust will promote representation and voice of staff at all levels by strengthening existing staff networks and supporting them in continuing to develop and work together.

Across this month you will see weekly articles celebrating people from the LGBT+ community throughout history, and blogs from some of our staff. We hope you enjoy reading these and learning more about the fantastic LGBT+ community, their history and the fight for their rights.

To find out more about LGBT+ History Month, and to access resources such as posters, social media frames and banners, visit the LGBT+ History month website. 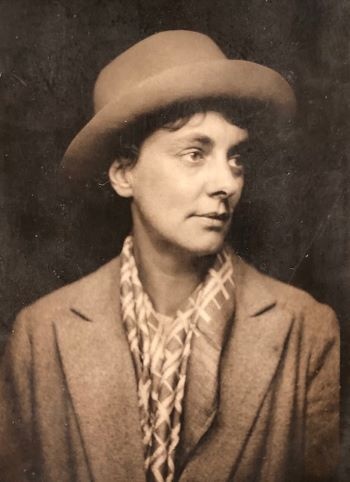