It is my great pleasure to share the news that Clare Johnstone, Head of Infection Prevention and Medical Devices at CLCH, has been awarded a British Empire Medal (BEM) in the Queen’s Birthday Honours list for services to Nursing during COVID-19.

The Honours List recognises the outstanding achievements of people across the United Kingdom. This year, they include national honours for contributions to the response to the coronavirus crisis.

As the Trust has grown, Clare has redesigned and modernised her team, placing resources where they are needed, supporting staff and creating innovative solutions to infection prevention problems.

Shortly after the onset of the pandemic, Clare acted as the clinical lead during the development of the first community drive through testing centre in London, which was set up at our Parsons Green site. This led to widespread media recognition, resulting in national media coverage which shone a spotlight on how community healthcare services were supporting the NHS response to the crisis. The new model was shared widely across the system at both a national and regional level, leading to a roll out of similar developments at sites elsewhere in the country.

Clare also acted as the clinical lead during the establishment of our central PPE packing hub. The hub involved the set-up of a production line for the preparation of individual PPE packs for home visits. The packs were prepared and distributed by volunteers, some of whom had been made redundant as a result of the pandemic. The hub was essential in enabling the Trust to respond to the local needs of staff, as well as keeping our staff and patients safe.

Following the launch of our weekly staff webinars and COVID-19 staff bulletins, Clare supported the Executive Leadership Team and her Gold command colleagues by communicating the changes in guidance, responding to new knowledge as it became available and providing direct support to clinicians.

Clare helped to manage the Trust’s response to the crisis within a mere few months of going on maternity leave, yet despite working in a stressful and uncertain environment she remained focused on our patients and staff as her priority. She supported, enabled and guided others and was a truly remarkable woman clinical leader admired by her team and the Executive Leadership Team.

The national recognition Clare has now received fully reflects this. On behalf of the CLCH Board, I wish to offer her my sincerest congratulations for this well-deserved honour. 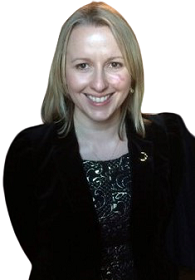